VIDEOS OF EVENTS NOW AVAILABLE (below).

The conference is part of the European Regional Development Fund project “Creativity and Adaptability as Conditions of the Success of Europe in an Interrelated World” (No. CZ.02.1.01/0.0/0.0/16_019/ 0000734), is supported by the Department of Foreign Affairs, Ireland, and organised in partnership with the Irish Film Institute.

The conference will be opened by H.E. Cliona Manahan, Ambassador of Ireland to the Czech Republic.

The 2021 conference of the European Federation of Associations and Centres of Irish Studies (EFACIS) proposes to approach Ireland as interface, a locus that allows intercultural exchange, rather than as an essentialist concept. It seeks to examine contact zones with other cultures as a site of productive and mutually enriching dialogue which can play a seminal role in de-escalation and prevention of conflict. Such a perspective is inflected not only by increasing globalisation, but also more specifically by recent developments such as the European migrant crisis, climate change, or indeed the COVID-19 pandemic. The conference will focus on the negative phenomena associated with the current challenges as well, particularly the pan-European (or global) resurgence of toxic nationalist discourse, and examine how a de-essentialised concept of culture may assist in combating these. Thus, the arts may be viewed as a particularly important site of dialogue; however, the interpretation of history and the examination of cultural memory formation are at least as vital, as is the examination of the transformations of Irish society, politics, and economics. Lastly, the conference intends to discuss interdisciplinary dialogues in Irish studies, treating the frontiers of disciplines, research areas and methodologies as interfaces that are changing how we understand Ireland past, present, and future.

The Centre for Irish Studies gratefully acknowledges the long-term financial support of the Department of Foreign Affairs, Ireland (most recently from its ESP/Irish Studies Programme). Irish language teaching is funded from a grant awarded by the Department of Tourism, Culture, Arts, Gaeltacht, Sport and Media, Ireland. Our special thanks are due to the Embassy of Ireland to the Czech Republic for their unrelenting encouragement and support. 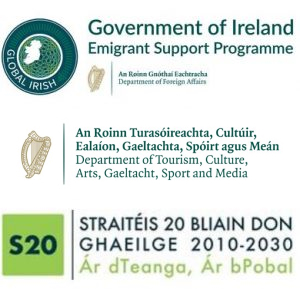