An Evening of Irish Literature and Music (15 September 2017) 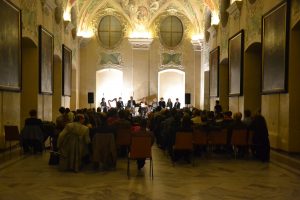 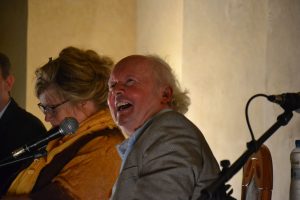 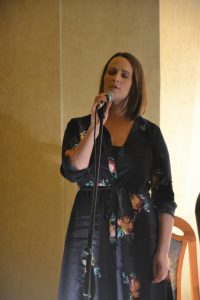 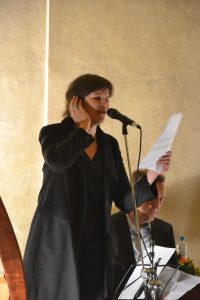 An Evening of Irish Literature and Music at the Strahov Monastery in Prague, featuring acclaimed poet Nuala Ní Dhomhnaill and writer, translator and scholar Alan Titley (15 September 2017). Their work was read also in Czech translation by Daniela Theinová, Radvan Markus and Martin Světlík. The reading was accompanied by the music of Kateřina García and Síle Denvir, who performed Irish, Czech and Catalan songs. The event was part of the international conference “Ar an Imeall i Lár an Domhain? An tairseachúlacht i litríocht agus i gcultúr na Gaeilge agus na hEorpa”, and was supported by the Department of Foreign Affairs and Trade, Ireland, and Culture Ireland via the EFACIS Irish Itinerary. Photos by Václav Bernard.